Speaking about the Centre, local Olympic gold medallist and heavyweight boxing champion Anthony Joshua MBE, who grew up on the Meriden Estate said: “The Meriden Centre…was a go to spot and if you guys are going to revamp it – it will bring life back to the area.”

Graham Taylor OBE former England and Watford FC manager said: “I am personally delighted to open Watford FC Community Sports and Education Trust’s new fantastic 3G pitch at the Meriden Centre. My role as Football Foundation Ambassador allows me to see the massive difference that these types of grassroots facilities make. They enable more and more people of all ages and abilities to enjoy playing football and many other sports purely for the love of it.”

“The existing building was in a tired condition and we worked hard to give maximum effect for the limited budget. We did this through bold use of colours and graphics overlaid on simple finishes and exposed services. It was important to the Trust that exterior should be revamped to symbolise a new phase in the life of the Centre. Slatted timber cladding was chosen to wrap around the façade to give a striking appearance and to protect glazed elements that would otherwise be vulnerable to vandalism. The­­­­ interior was remodelled to create versatile and adaptable spaces that can support a range of different activities. LOM is now helping the Trust to find additional funding to upgrade the play area in front of the Centre.” 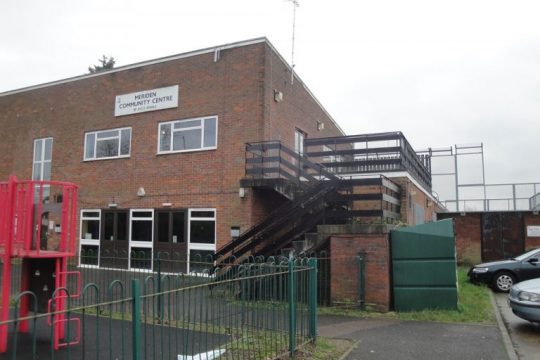 Before – exterior of the Centre 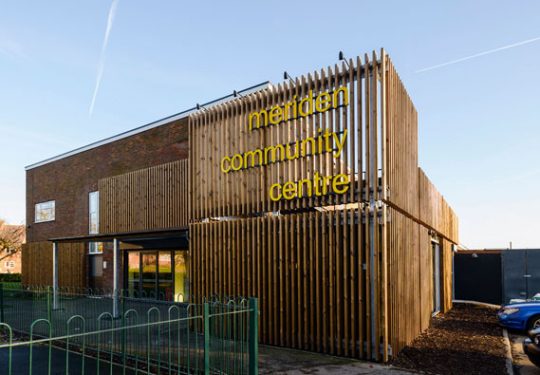 After – exterior of the Centre 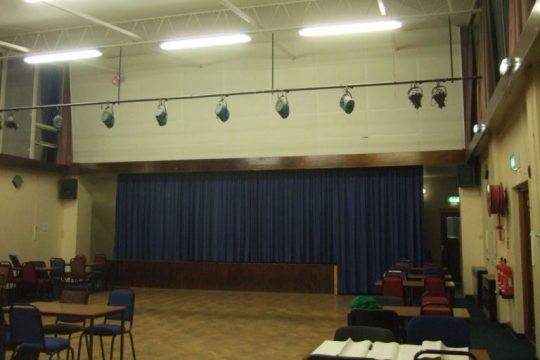 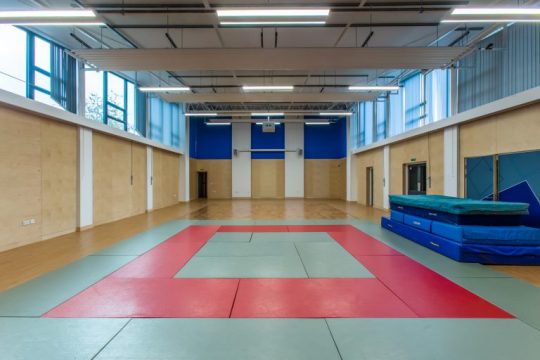 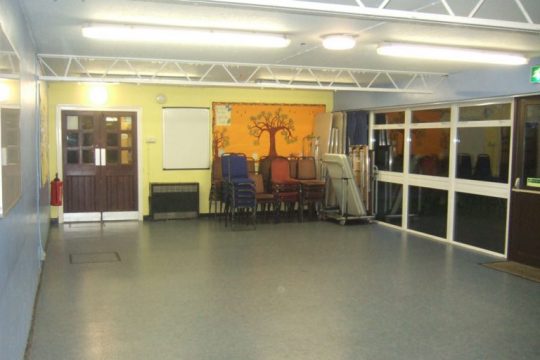 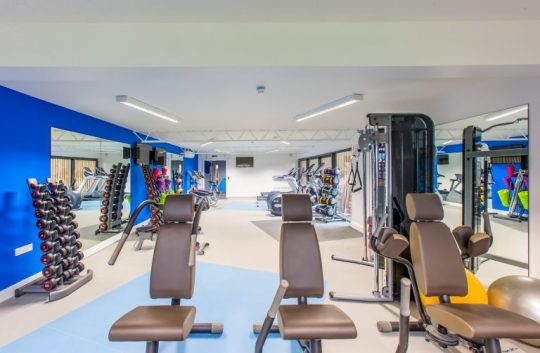 After – now a gym 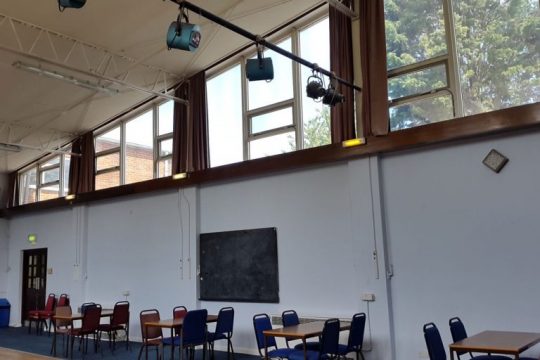 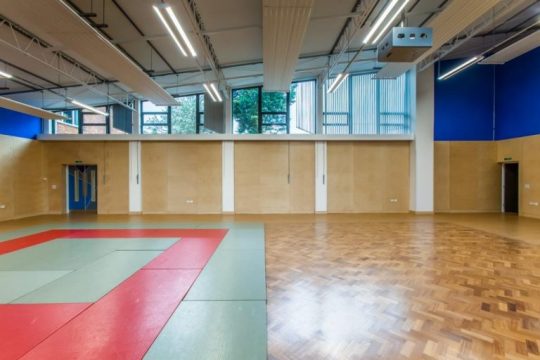 After – a multi-purpose hall 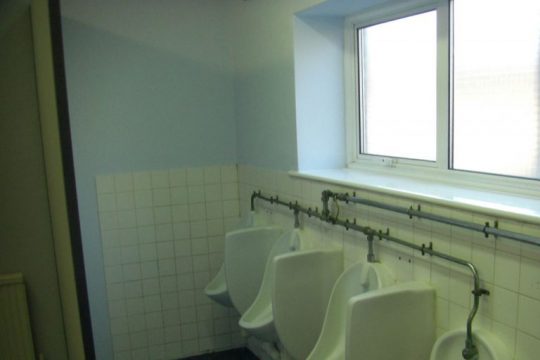 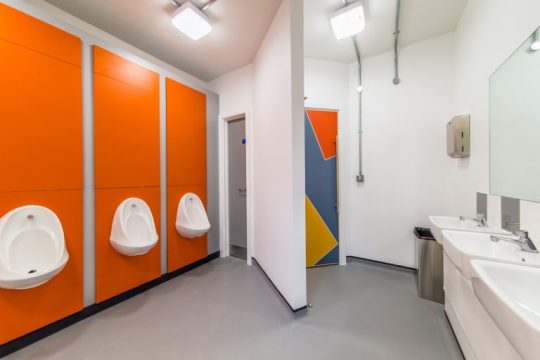 After photos courtesy of T&B Contractors.