Disco Bridge and Amazing Holly Bridge were just a couple of the models constructed yesterday by Year 4, Harbinger Primary School in Docklands, with help from LOM as part of Open-City’s Architecture in Schools summer programme.

Made from cardboard, toilet rolls, wire and lollipop sticks the concept schemes were based on sketches and ideas the class had developed for the brief ‘How would you inhabit a new bridge for London?’ Taking inspiration from Heatherwick’s controversial Garden Bridge the students explored how they would choose to inhabit a bridge and design what they would put on it.

Emily, Silvia and Simon, architects from LOM, helped their teams to develop the sketches into 3D models. The pupils’ ideas ranged from double decker crossings with roller coasters (“so kids don’t have to walk”) on one level and bicycle paths on lower levels, to a maze bridge and Egyptian Pharaoh’s bridge with pyramids and computer games area. The pupils had considered sustainability and all the bridges had renewable energy sources such as hydroelectric wave generators, windmills or solar panels.

Simon Bird, Director, said: “It’s great to get kids involved in the creative process, working with them to develop their ideas in 3 dimensions. They worked really well together and came up with some great fun ways of using bridges. I particularly liked the disco bridge!”

The designs will be entered into an inter-school competition with the winning entries displayed and announced at a special awards ceremony for pupils, teachers and parents.

This is the second time LOM has taken part in Architecture in Schools which last year saw over 750 pupils from 19 London schools partner with 60 architects to learn more about the built environment and improve their skills in Maths, Art and Design Technology. 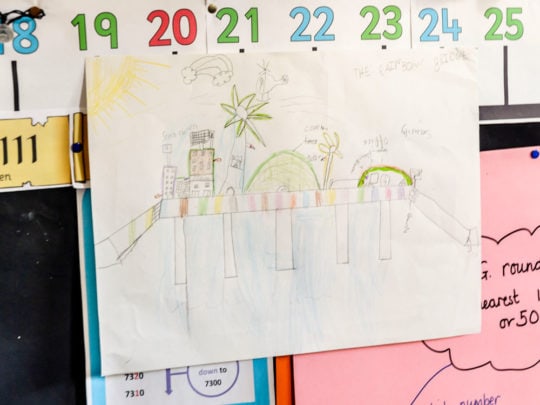 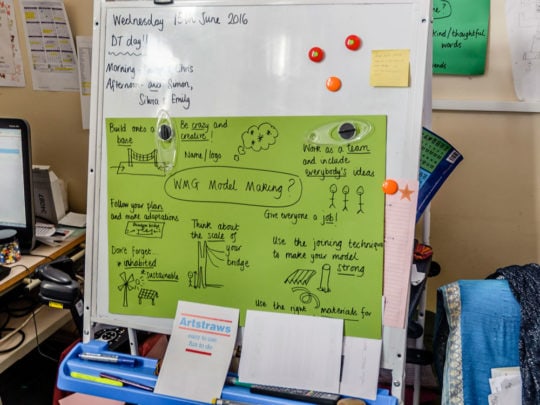 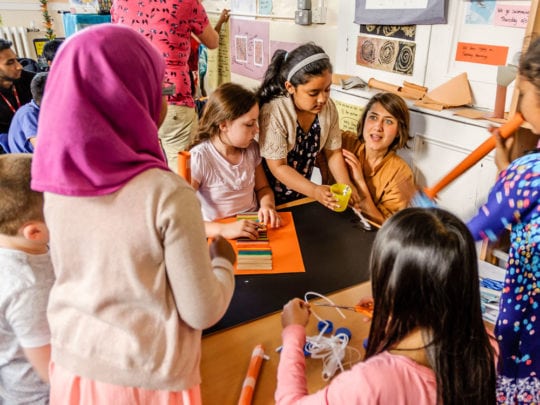 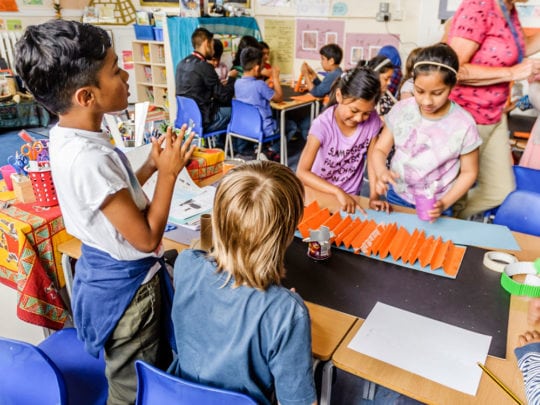 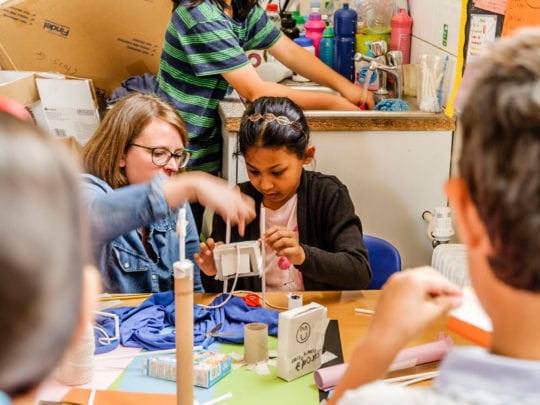 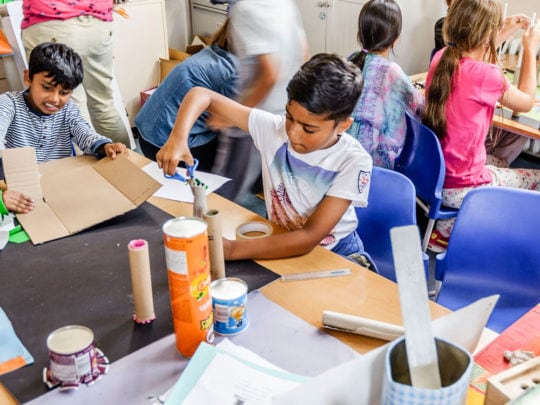 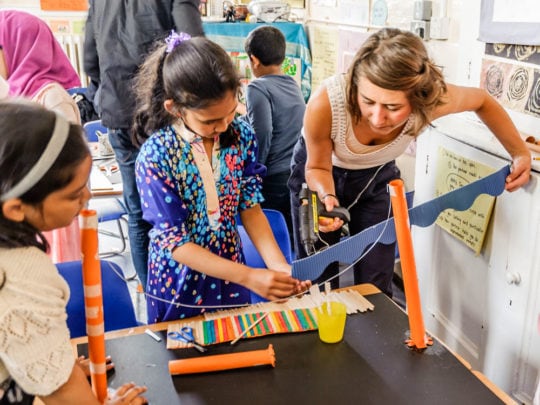 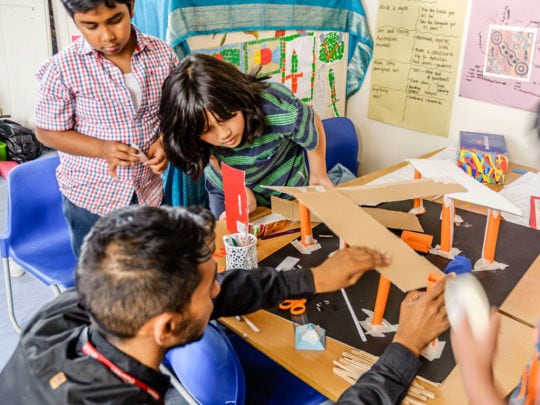 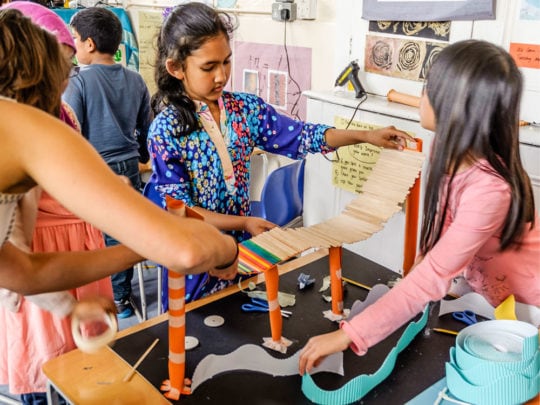 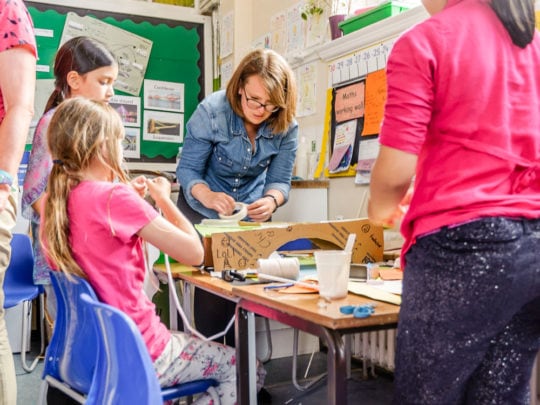 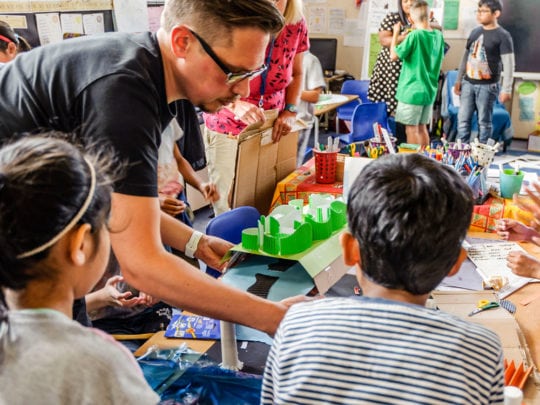 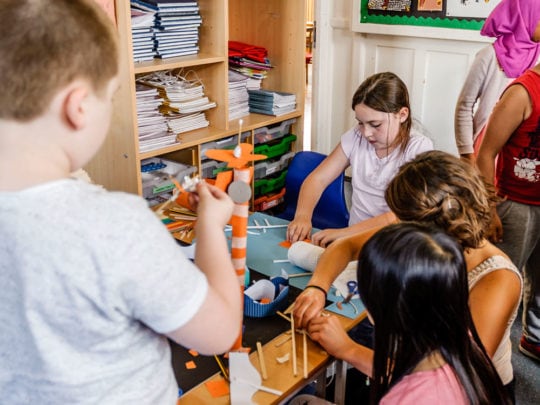 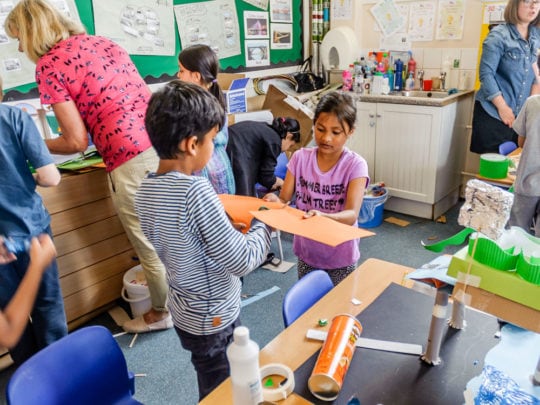 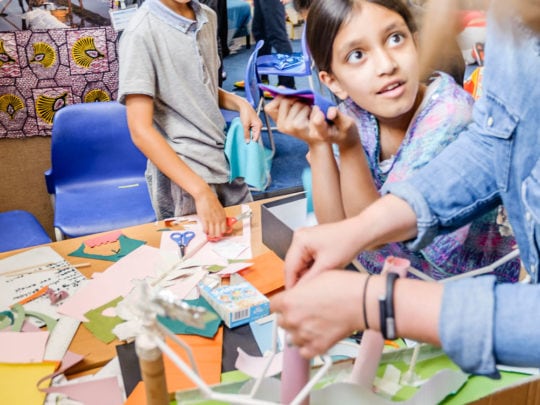 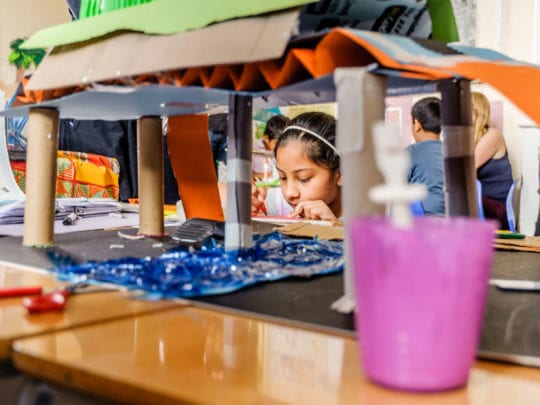 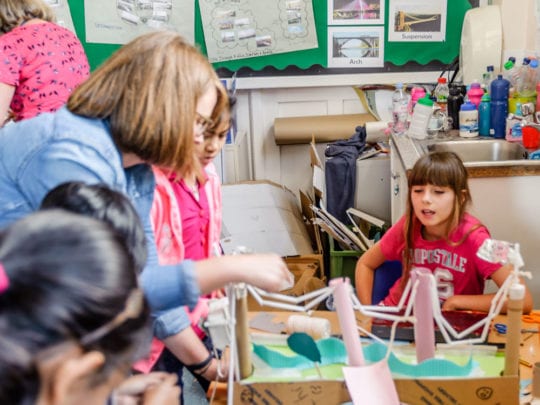 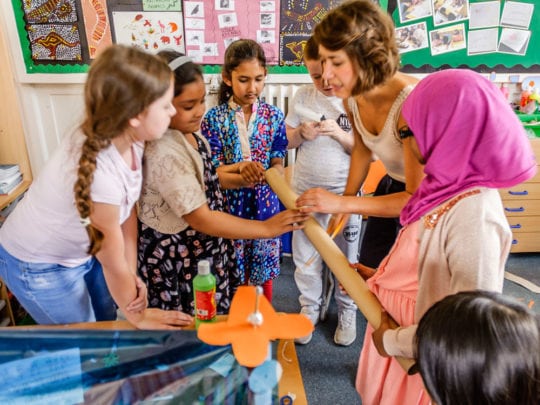 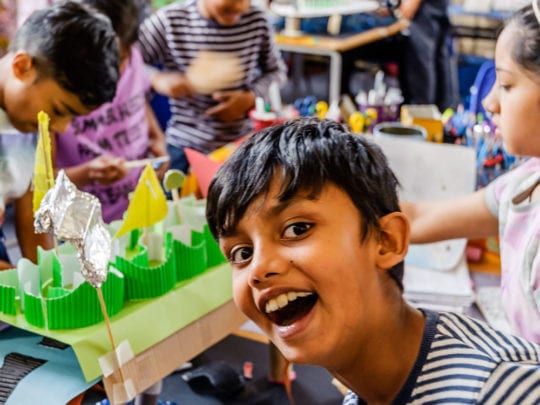 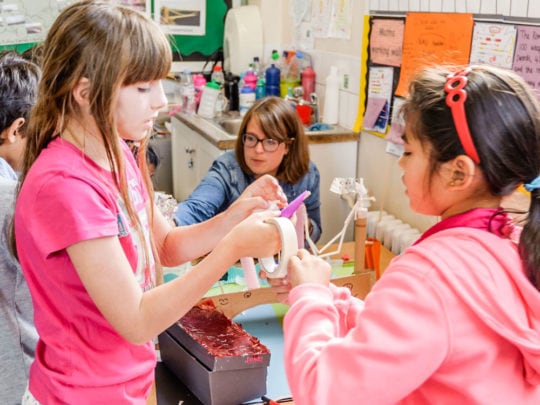 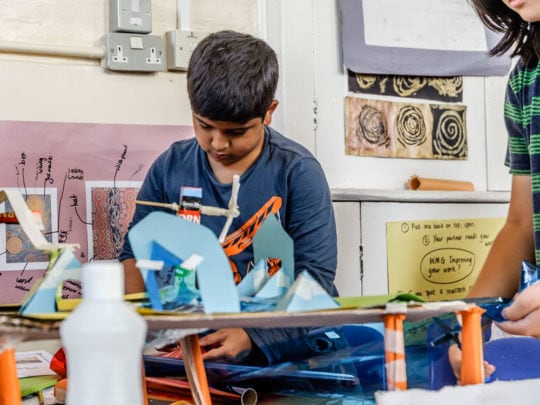 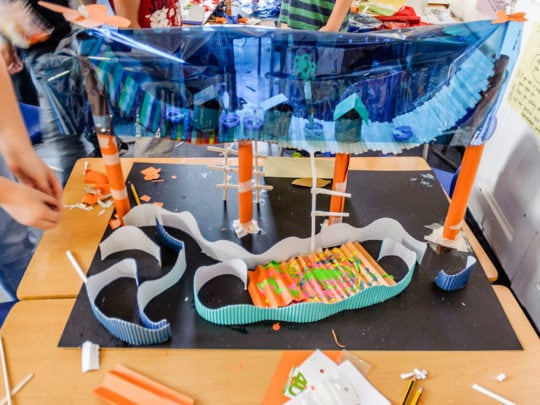 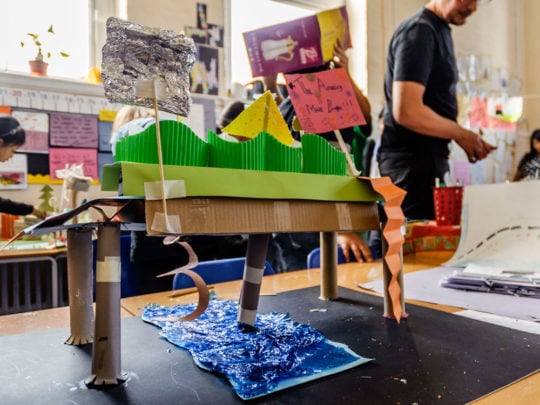 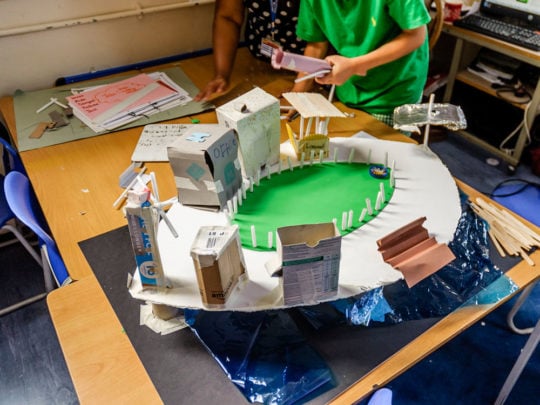 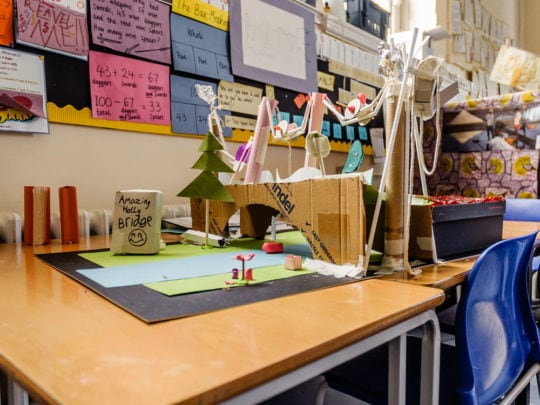