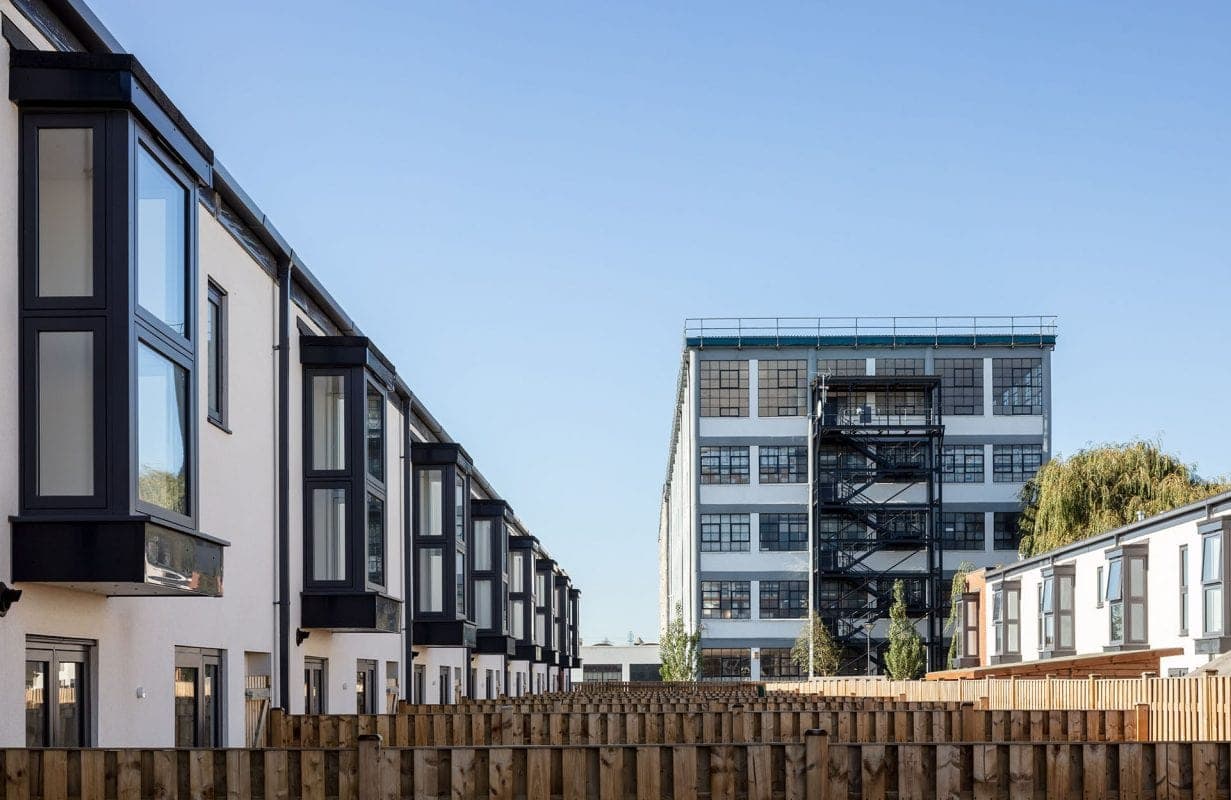 Modernist homes on the site of a historic shoe factory

Bata Mews is a development of 50 houses for Hexa Homes on the site of the former Bata shoe factory in East Tilbury, Essex. We delivered a range of 2-, 3-, and 4-bedroom houses that are influenced by the factory’s Modernist style architecture.

The factory was built in 1933 by Czech industrialist Thomas Bata. During the 1930s his company became one of the world’s largest shoe manufacturers and retailers – and the East Tilbury factory was at the centre of their UK operations.

The site has four listed factory buildings and required a contextually sensitive housing scheme that would sit comfortably within the wider East Tilbury (Bata) Conservation Area. Given the site’s historic significance, Historic England were involved throughout the design and planning process.

The design was taken to planning level by RAW Architecture, and developed and realised on site by LOM. We adopted a standardised design approach to achieve a simplicity of form throughout Bata Mews, while simultaneously delivering a cost-efficient build for the developer.

“It’s fantastic to see the wealth of ideas from our creative professional team brought to fruition. I really like how the design helps to build community, from the clever arrangement of the housing, to the traffic-calming effect of shared surface roads. The best part for me is when new residents feedback their pride in Bata Mews.”

The houses have a ‘cubic rectilinear’ form to reference the simplicity of the Modernist movement. They are arranged in a distinctive ‘conjoined detached’ format, whereby dwellings only share one wall. The exterior of the houses alternate between a white render and a contrasting brick finish to provide richness and a reference to Bata’s factory workers’ houses in Zlin, Czech Republic.

To recall the site’s industrial heritage, dark grey and metallic materials are used for balconies, window frames and the entrance gates. Photovoltaic panels are fitted to the shallow pitched roofs, and planting used to break up the hard landscape materials.